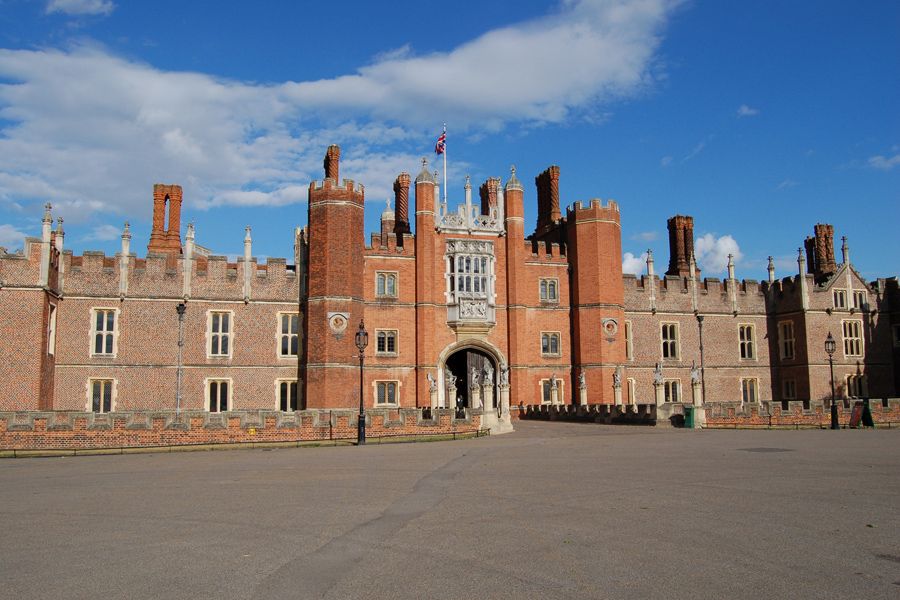 Hampton Court Palace does receive > 500,000 visitors a year but, by comparison with British Museum (6.7 million), Tower of London (2.9 million), Westminster Abbey (2.0 million) or Stonehenge (1.2 million) it does seem surprisingly low.

We think Hampton Court Palace has something for everyone and list out our Top 5 reasons why you’ll love it.

Everyone seems to love Tudor history. Although the Tudor dynasty only lasted 118 years, from 1485-1603, it seems to loom large in the national psyche.

Residents and visitors alike revel in the stories, especially of King Henry VIII and his six wives.

The red brick Tudor Palace provides, via the exhibitions, paintings and artefacts, a unique insight to those tempestuous times. Hampton Court. after all, is where:

To give you an idea of just how interconnected (incestuous ?) the Tudor court was:

In 1688 Britain experienced a constitutional coup, usually referred to as the Glorious Revolution. William and Mary took over the throne as joint monarchs, the only time in history joint monarchs have reigned.

At Hampton Court Palace, they strove to build an English version of Versailles, the opulent and decadent palace created for King Louis XIV of France. Sir Christopher Wren, England’s most famous architect, demolished half of the Tudor Palace and replaced it with a grand baroque building. The plan was eventually to completely replace the Tudor Palace but due to the untimely death of Queen Mary and William’s distraction with European wars, it fortunately never came to pass.

What we do have though are the magnificent Kings and Queens Apartment showcasing some of the most stunning murals, paintings and furniture of their day.

It has been in continuous use for almost 500 years although Queen Anne had much of the interior refurbished in the early 1700’s. The stunning ceiling, with its dazzling array of blue and gold, was painted by Sir James Thornhill

whilst the intricate oak reredos at the eastern end was carved by the most famous wood carver of the day; Grinling Gibbons.

The kitchens are mind boggling in scale. A veritable food factory that would serve up to 1,200 meals a day. Even today you can experience a real Tudor roasting fire.  From what we’ve seen, it must have been tough being a vegetarian in Tudor times… The gardens at Hampton Court Palace are simply delightful. There is the regimented layout and spectacular topiary of the yew trees in the Great Fountain Garden. The kaleidoscopic flowering bulbs of the Pond Gardens in springtime. The oasis like Hornbeam bower on a hot sunny day Wistful wisteria on the side of the red brick Tudor Palace Or, in case all this history and gardens looks a bit boring for the kids, try the world’s most famous Maze ! Difficult enough to be frustrating but easy enough that kids will eventually figure it out, this is a great way for younger visitors to let off steam. There are many others draws to Hampton Court Palace but these should hopefully give you a taste for what is a fun day out for the whole family.

7 Things You Should Know About Stonehenge

Best Place to Experience ‘Changing of the Guard’ ?